On the afternoon of Friday 14 August 2020, following reports from climbers of a possible fall/rockfall in the Coire Ghrunnda area, 12 members of Skye MRT were winched onto the Cuillin Ridge by the Stornoway Coastguard helicopter to perform a thorough search of the area.

A few hours later, one of our team members found a male casualty, unconscious and with serious injuries, who had suffered a significant fall near Sgurr Dubh na Da Bheinn.

At this point a further 4 team members were tasked with bringing up additional equipment, and they were flown as close as possible to the scene.

The casualty was treated on scene by our Medical Officer, our Casualty Carers and the Coastguard paramedic, before being securely packaged in a stretcher and winched to the helicopter from a nearby suitable location.

The casualty was flown to Aberdeen Royal Infirmary with our Medical Officer onboard, where the casualty is believed to be in a critical but stable condition. Skye MRT members were all off the hill by 2130, in an incident that lasted around 9 hrs.

Many thanks to the Stornoway helicopter crew for their support and professionalism once again in what was a challenging situation.

Many thanks also to the climbers who did the right thing by contacting the emergency services, acting on what they heard. Without this initial report the casualty would not have been found for a very long time.

We wish the casualty a speedy and full recovery and our thoughts are with him, his family and his friends at this very difficult time. 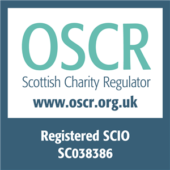